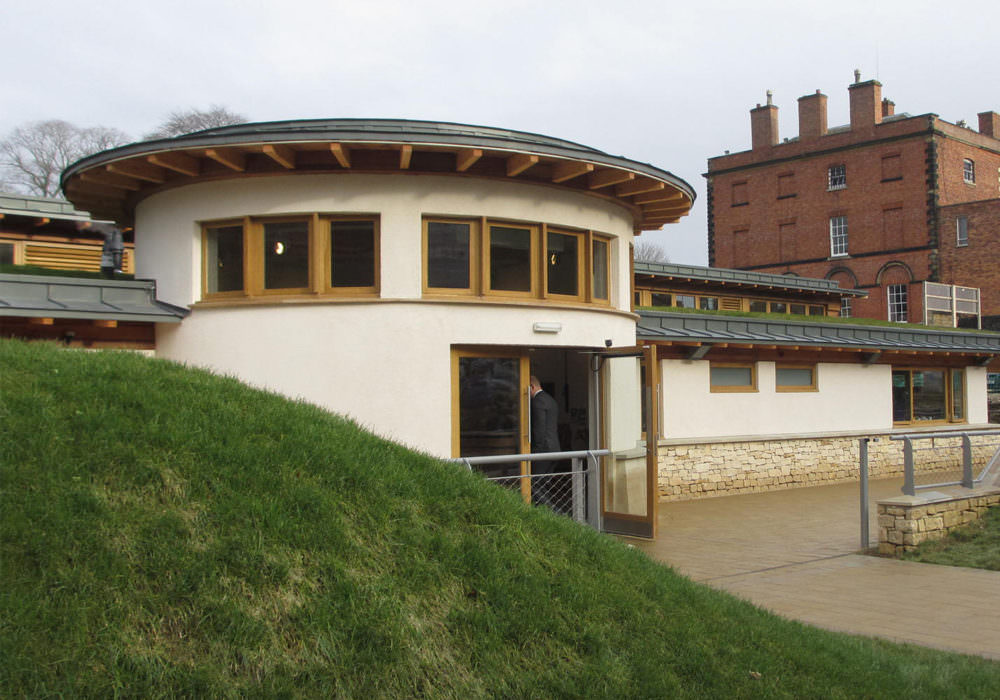 Its design is highly sustainable and includes natural materials, such as lime hemp wall panels, lime render, Lincolnshire limestone and oak and western red cedar joinery, and was selected in order to reflect the vernacular architecture of the castle. The turfed roof was deigned to allow the building to blend into the landscape of the castle bailey when viewed from the wall walks. The design of the modular components were carefully designed so that they could be brought through the restricted East Gate access and also facilitated a rapid assembly of the main structure to create a water tight interior so that the interior fit out could run in conjunction with the completion of the external fabric and landscape of the building. The building was completed on time and on budget and achieved a BREEAM ‘very good’ rating. It has also attracted many awards including an RICS Award, National Federation of Builders – New Build of the Year, Chartered Institute of Building – Project of the Year, Local Authority Building Control – Best Technical Innovation and Best Small Commercial Building Award.

The building was to provide a new training centre for additional conservation building skills, including: stone masonry, glass conservation, lime technology, lead work etc. The scheme was developed in conjunction with Lincoln Cathedral and Lincoln College and was opened by Viscount Linley in 2013.