After leaving Shrewsbury School, Rob gained a BA Hons Degree in Architectural Studies from Oxford Polytechnic. He has forty years’ experience in the construction industry and has been with Arrol Architects for some thirty years.

He has gained expertise in all aspects of the conservation of historic buildings including major country houses such as Cholmondeley Castle, Cound Hall, Combermere Abbey, Longford Hall, along with many other important churches and Listed buildings. He has been involved with repair and conservation of several Listed timber framed buildings in Shrewsbury and was project leader for the repair of the north aisle roof at St. Mary’s Church, Westbury, which received an RIBA Conservation Commendation.

He has also been involved in many other projects involving heritage sites.

Rob has been working at Lincoln Castle for nearly ten years. “Lincoln Castle Revealed” was a £22M County Council and Heritage Lottery Funded project which repaired the entire castle and created a visitor attraction around the Victorian Prison, a new exhibition space for Magna Carta and a the Heritage Skills Centre: a new contemporary building built within the grounds of the Castle to teach traditional building skills, the first new building in the Castle for 150 years. Since the completion in 2015, he has been retained to carry out a series of follow-on projects.

He has also been involved in many residential projects – both conversion and new build and is particularly interested in contemporary structures in the historic environment.

Whilst in Lincoln, he was invited to lecture and tutor at the School of Architecture at the University. He was also involved in organising local arts and music events.

His interests include art, music, travelling, cooking and sport. 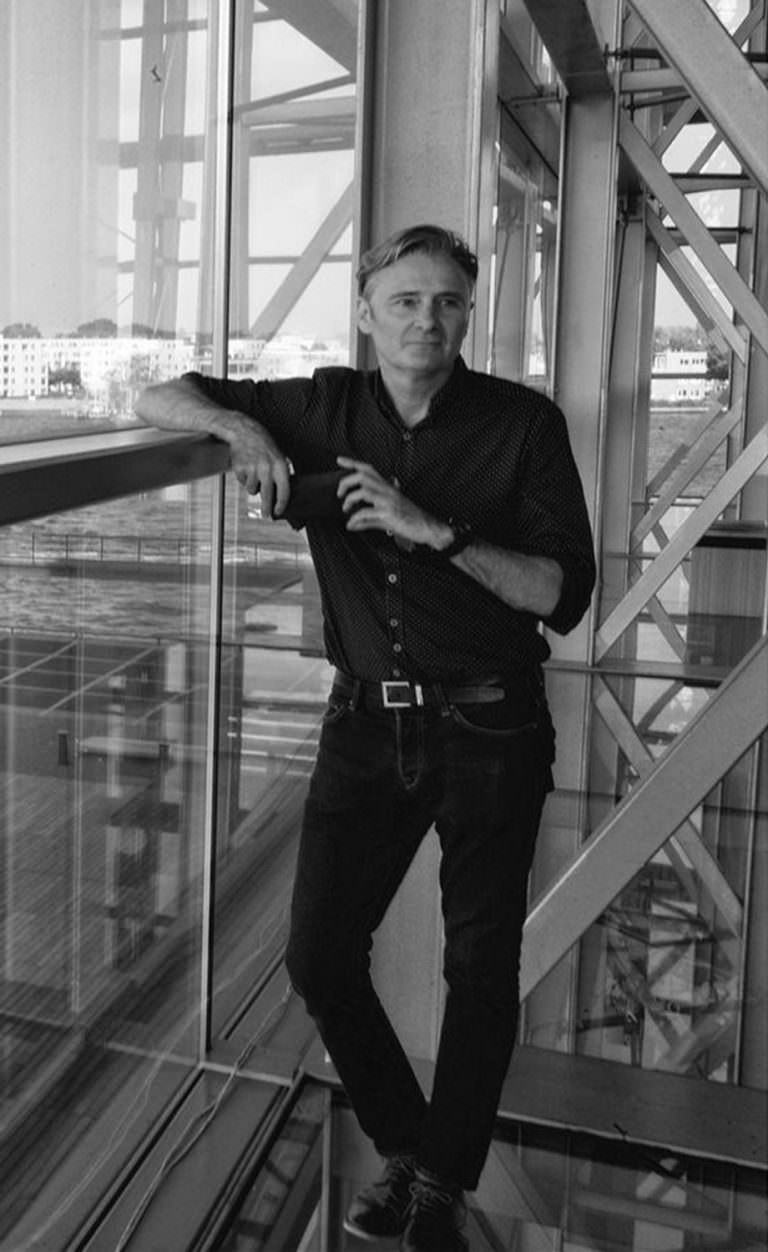 Andrew Arrol has life-long experience of historic building repair and conservation work and has been involved with many demanding projects with Grade I, Grade II* and Scheduled Monument Status. He has worked on buildings of many different periods, styles and construction methods and is particularly conversant with the conservation of medieval masonry structures. Andrew is Surveyor to the Fabric for York Minster where he is currently undertaking a £20 million project involving large-scale repair of the Minster’s east end and a major reorganisation of visitor and worshipper facilities. As Cathedral Architect at Chester, he has designed and built a large new extension to the cathedral, constructed above medieval cloisters to form a Song School and music library for the cathedral.

Andrew is thoroughly familiar with archaeological principles, procedures and with recording and surveying processes including in-depth quinquennial inspections and reports and the preparation of conservation plans. He is an active member of many of the professional associations and amenity societies that concern themselves with the philosophy and developing technology of good repair and practice. 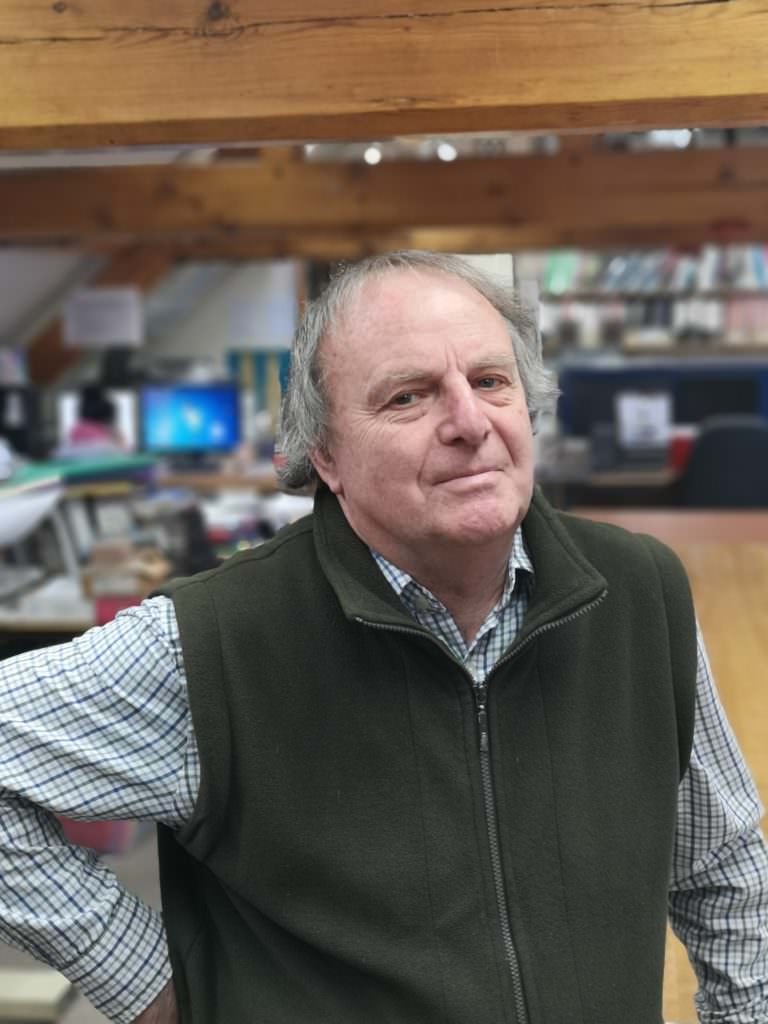 Candida qualified as an architect in her home country of Italy; her degree course included a yearlong E.U. scholarship at the Dublin Institute of Technology. She gained expensive experience from working for a well-established Dublin based conservation architect and continued her studies in England by completing a Postgraduate Diploma in Heritage Management at the Ironbridge Institute. Following her diploma, Candida worked briefly for the Ironbridge Gorge Museum Trust on the Coalbrookdale Project, converting industrial buildings, and English Heritage in Birmingham.

In her working practice for Arrol Architects she has undertaken extensive historical researches, feasibility studies and conservation management plans for a number of historical sites nationwide.

Since 2010 Candida has been working, alongside Andrew Arrol, on York Minster projects; she has also overseen projects at Shrewsbury Cathedral and Salford Cathedral. 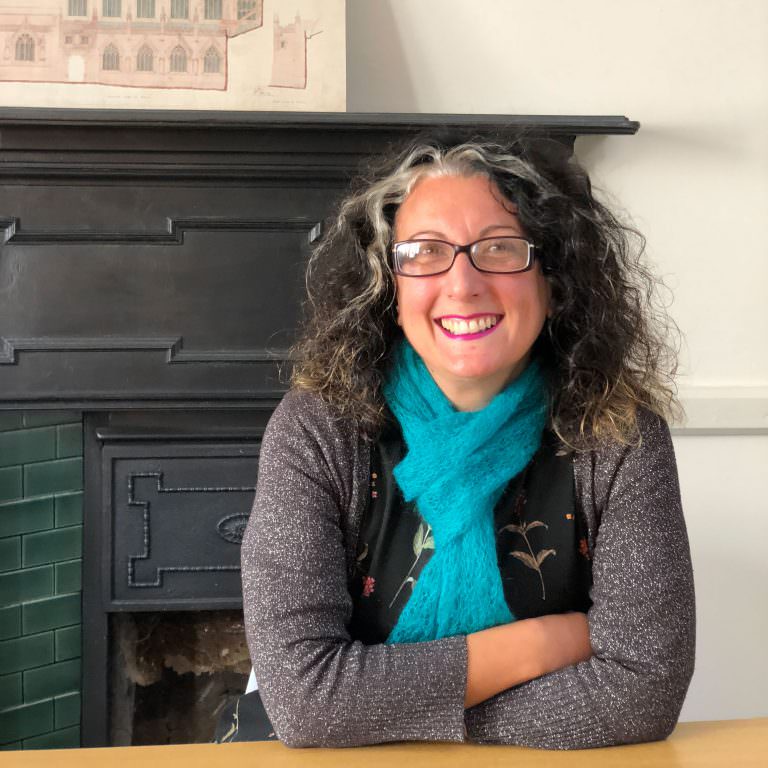 James Wade attended St. John’s College Cambridge, graduating in 1984. After an initial spell with Arrol Architects, he joined Nicholas Hare Architects in London, becoming a Senior Architect and Team Leader with responsibility for a series of new-build education and office projects. These included four staff houses and a new boarding house for 80 pupils at Leighton Park School, Reading and two sixth-form boarding houses at Benenden School, Kent. He re-joined Arrol Architects in 1996 and brings exceptional design skills and presentational abilities. James is on the Register of Architects Accredited in Building Conservation.

Current projects include a contemporary kitchen wing and internal alterations at the Old Rectory, Smethcott (1837); work at St. Laurence’s Church, Ludlow (Grade I) including roof and masonry repairs and proposals for future reordering works; proposals for repair and alterations at Brogyntyn Hall (Grade II*, original design by Francis Smith of Warwick); reordering works at All Saint’s Church, Claverley (Grade I).

Past projects include: a new residential crescent adjacent to St Mary’s Water Lane, Shrewsbury; a new church hall on a difficult site adjacent to St Bartholomew’s Church, Penn; provision of disabled access to St Peter’s Church, Worfield, Shropshire; roof carpentry and other repairs at the Old Market Hall in Shrewsbury (16th Century, Listed Grade I, Scheduled Monument); designs for a new wing to Patshull Hall, Staffordshire (original design by James Gibbs); and many others. 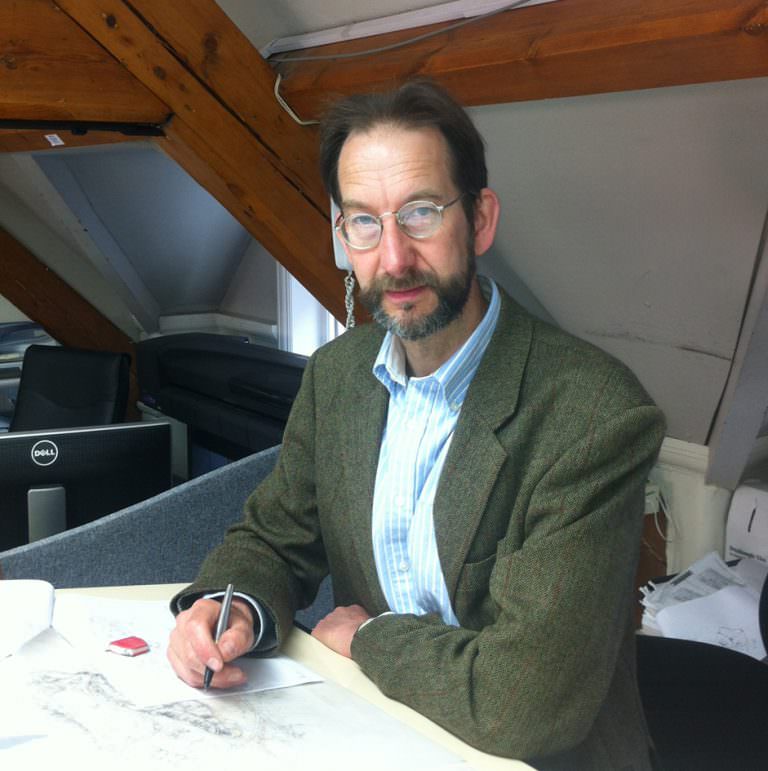 Helen graduated from The University of Nottingham and received an RIBA Regional Award for her Undergraduate Studies, which were later published in The AJ Student Showcase. In addition to accepting a placement for Aedas in their Hong Kong office, as part of her Architectural education, Helen studied at The University of Melbourne. During her Diploma Helen also acted as a studio tutor fo rFirst Year Undergraduate students.

Helen completed her professional studies at the RIBA North West whilst working for AHR (formerly Aedas). She has worked for Broadway Malyan and Shropshire practice DGA Architects where Helen is based.

Helen joined Burrell Foley Fisher in April 2014 working initially in the London office, and established the Birmingham office. During her time at the practice she has acted as Project Architect on a variety of schemes across a variety of sectors. Having been made an Associate in 2018, Helen specialises in gaining successful Planning and Listed Building Consent approvals for particularly challenging schemes across a variety of sectors. Helen is also an accredited RIBA Principal Designer, champions CDM within the practice, and undertakes the PD role on complex schemes such as: The Guildhall, York; Hall for Cornwall, Truro; and The Roundhouse, Birmingham.

Having joined Arrol Architects in the summer of 2019, Helen is currently working towards her Conservation Architect Accreditation, and is a visiting Architecture Lecturer at Birmingham School of Architecture & Design.

Helen has a active interest in mental health within the construction industry which extends to Mental Health First Aid, and involvement with the British Safety Council and the charity Mates in Mind.

Robert has worked at Arrol Architects since graduating with a Masters of Architecture degree from the University of Sheffield in July 2015. During his part two training at the practice he has been mentored by other conservation accredited architects. He has recently completed the RIBA Part 3 Advanced Diploma of Professional Practice in Architecture and is now a qualified Architect. Robert has been involved in the technical design and construction phases of a chapel refurbishment project at Shrewsbury Roman Catholic Cathedral. He is also currently managing two jobs involving the conversion and extension of listed houses. Since joining the practice Robert has learned a great deal in the field of building conservation and looks towards specialising in this in the future. Outside of work he takes an active role in his local church, plays the piano and engages in woodworking. 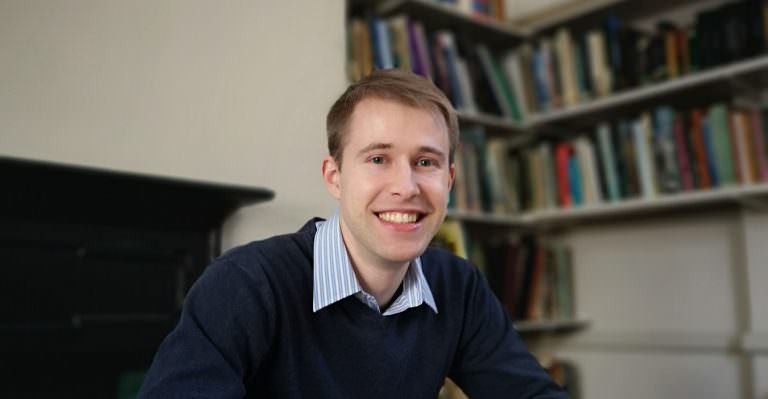 Cameron joined Arrol Architects as a Part 1 Architectural Assistant this summer having graduated from the University of Lincoln, and attending a presentation given by the company regarding the Lincoln Castle scheme.

Having an interest in the English Gothic period of architecture, Cameron completed his dissertation paper on the influence existing architecture had in additions and reconstructions in the 14th century. The lead him to discover that the link between old and new is complex and varied, and it was this relationship which he wished to explore in practical education.

Cameron’s 3rd Year project proposed a relocation of the British Parliament to Birmingham, where he cited the ritual and ceremony as a central component to both the building function and society itself. This project questioned the relationship that event and ritual had to the current Palace of Westminster, where even in the 1830’s Pugin and Barry designed in features to accommodate practices and ceremonies which had been obsolete for two centuries.This project subsequently received the University of Lincoln BArch Student of the Year Award, and was nominated for both the RIBA Bronze Medal, and RIBA Regional Student Award.

Cameron has also gained professional experience working at Glancy Nicholls Architects in Birmingham,working on a variety of projects.

Sketching and drawing Architecture, particularly forms from the English Late Medieval period, is also a keen hobby of Cameron’s.

During his time working at Arrol Architects, Ben has gained a vast amount of knowledge of conservation techniques including, slating and roofing, leadwork and brickwork. Ben has also developed a knowledge of Planning, Listed Building and Conservation Area Consents, working with local authority’s to achieve an out come which is both practical and to the clients brief.

Ben has worked with senior members of staff to create drawings and documentation from feasibility, right through to comprehensive construction documentation. He has been involved with the recently completed 11 and 12 Belmont project which was the conversion of a Grade II Listed Building into residential accommodation for the Cathedral staff and Café for visitors. During this project there was various times in which the design team was required to provide workable solutions to problems which the contractors found on site during the construction program.

Ben has demonstrated project management experience running smaller projects within the office such as The Cottages Baschurch: A 400 year old property within a Conservation Area, with works to remove a 20th century garage and construct a modern extension to be considerate to it’s heritage surroundings; and Oak Street, Shrewsbury: A 1950’s property located within a Conservation Area with various extensions and works to the principal elevation in the form of the Arts and Crafts architectural style. 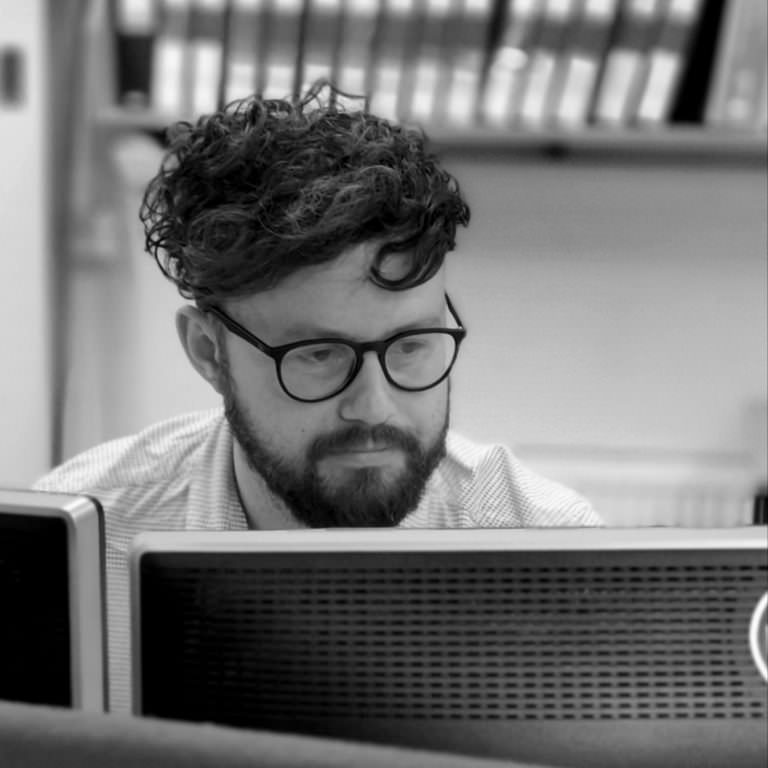 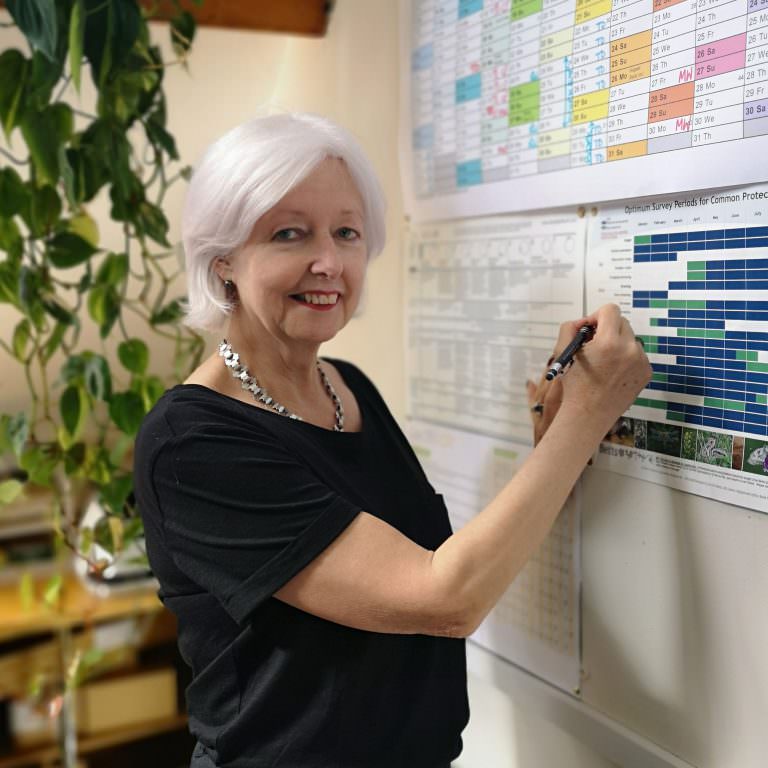 During his time with Arrol Architects, Tayler has been able to increase his knowledge of conservation techniques and effective detailing of these methods, whether relating to timber frame carpentry, stone masonry and lime work.

Tayler has also acquired a wide understanding of the Planning, Listed Building and Scheduled Monument Consent process and is able to liaise and negotiate with Conservation and Planning officers with confidence. He has been involved in gaining exceptional Planning Permissions for enabling developments for Country Houses and alterations and extensions to Listed Buildings, both independently and working with more senior members of the team on larger projects.

Tayler has worked on a wide range of projects, with more senior members of staff and individually, these include: 15/16 Mardol - a timber framed building in Shrewsbury; Rhug Hall; Shrewsbury Cathedral; Salford Cathedral; Llandudno Museum; Bedlam Furnace, Ironbridge; Sinclair Hall; and 68 Mardol. He is also involved in bidding for work and meeting Clients.

Tayler has also gained knowledge of Project Management and is able to coordinate a team of consultants.

Since joining Arrol Architects, Tayler has been involved in many aspects of the general running of the office and currently oversees the refurbishment and upgrade of the company website. He is also heavily involved in the mentoring of work experience students. 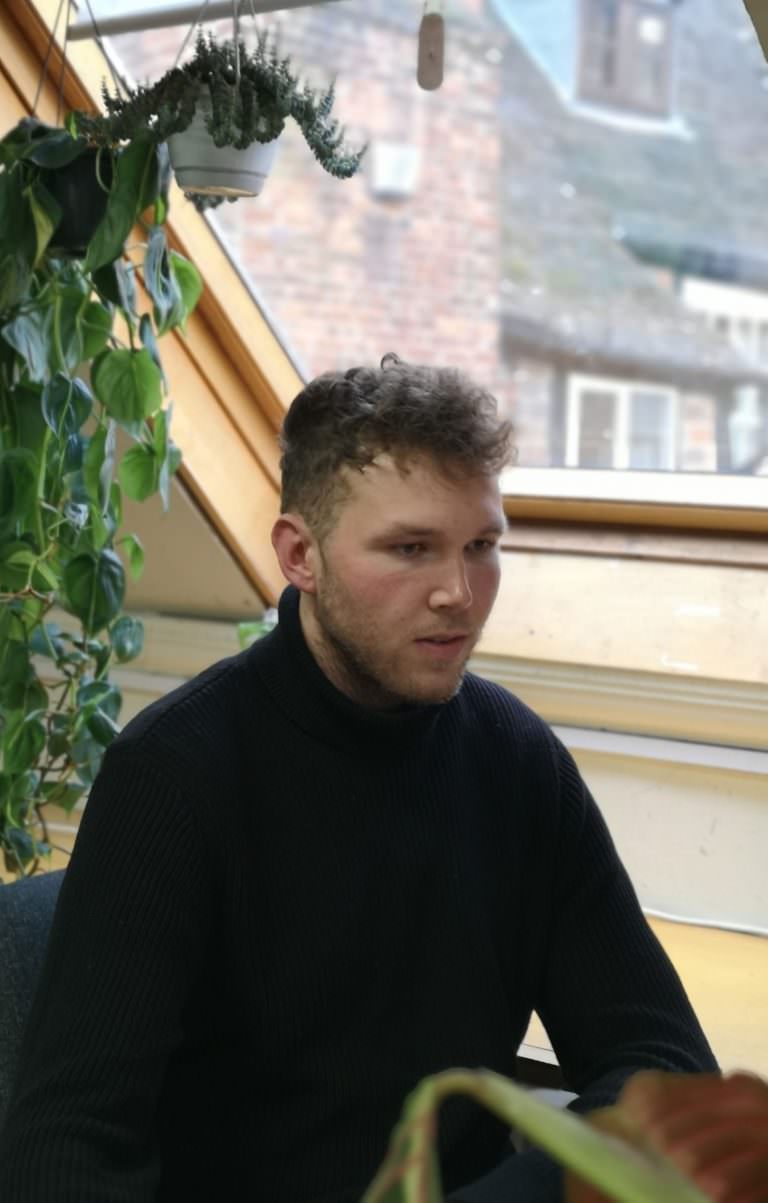 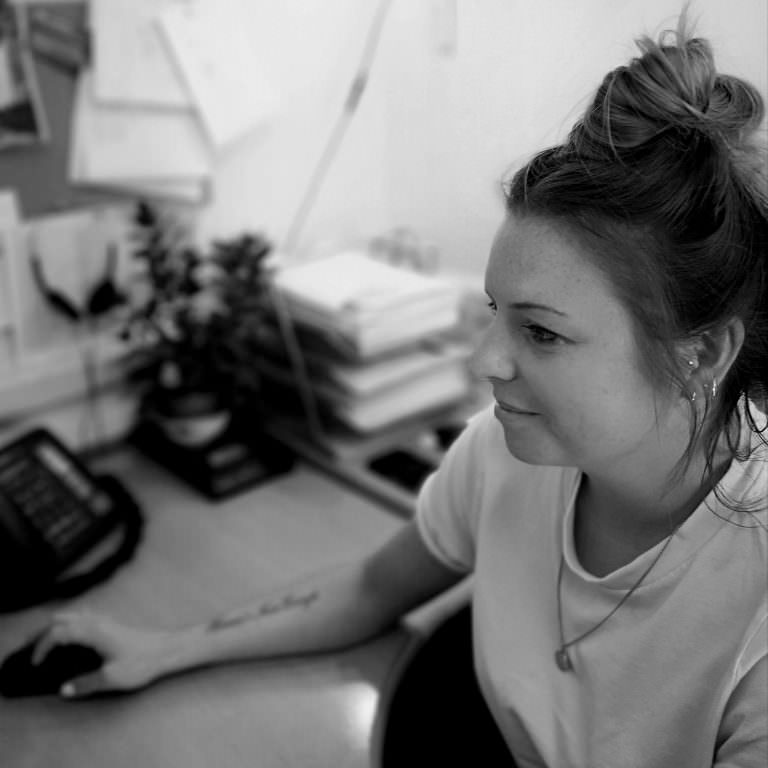 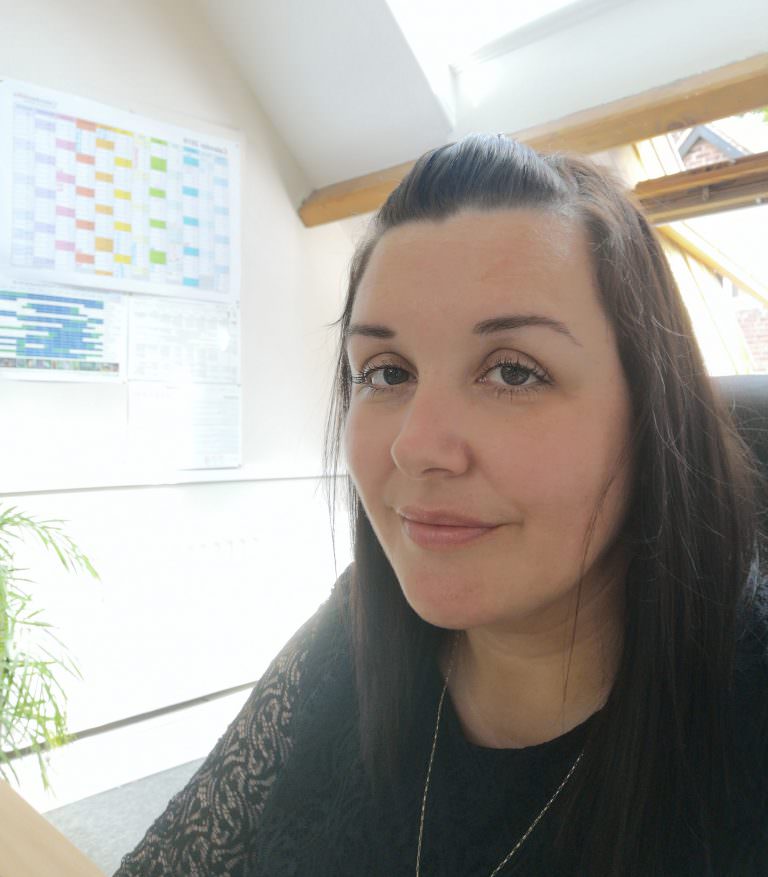 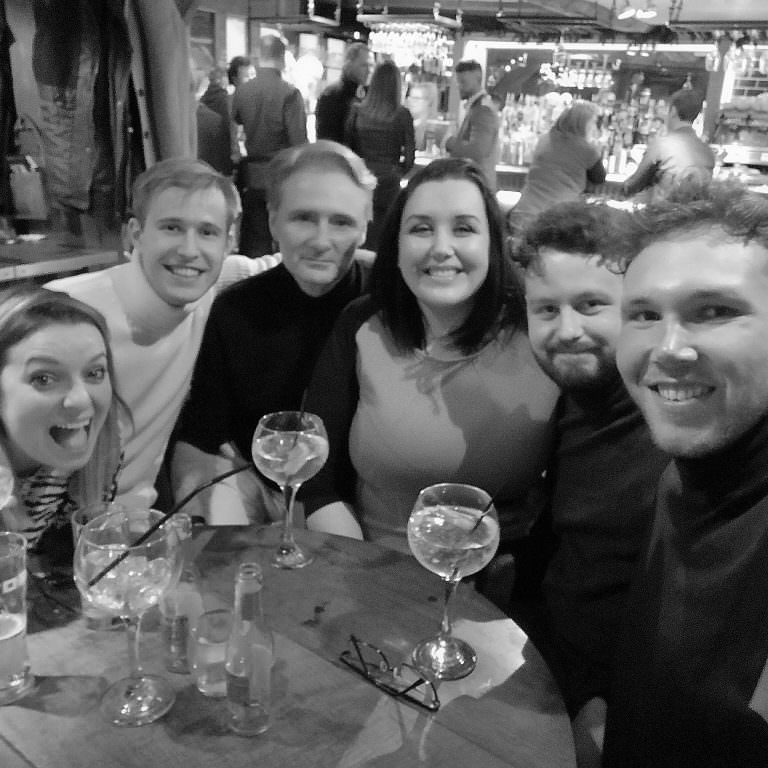 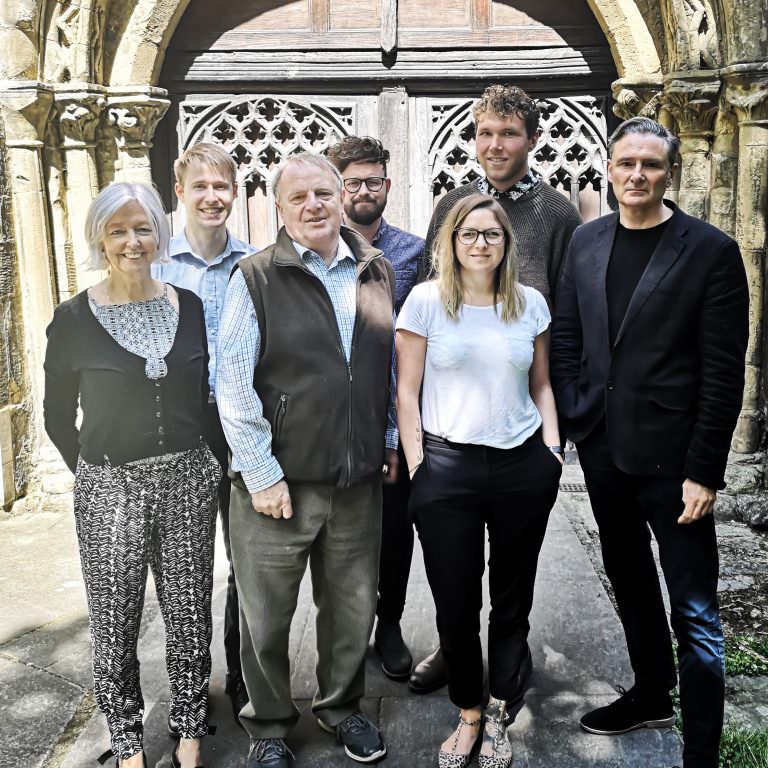